A Winding and Rapid Ascent

Reflecting on last 4 years of my career 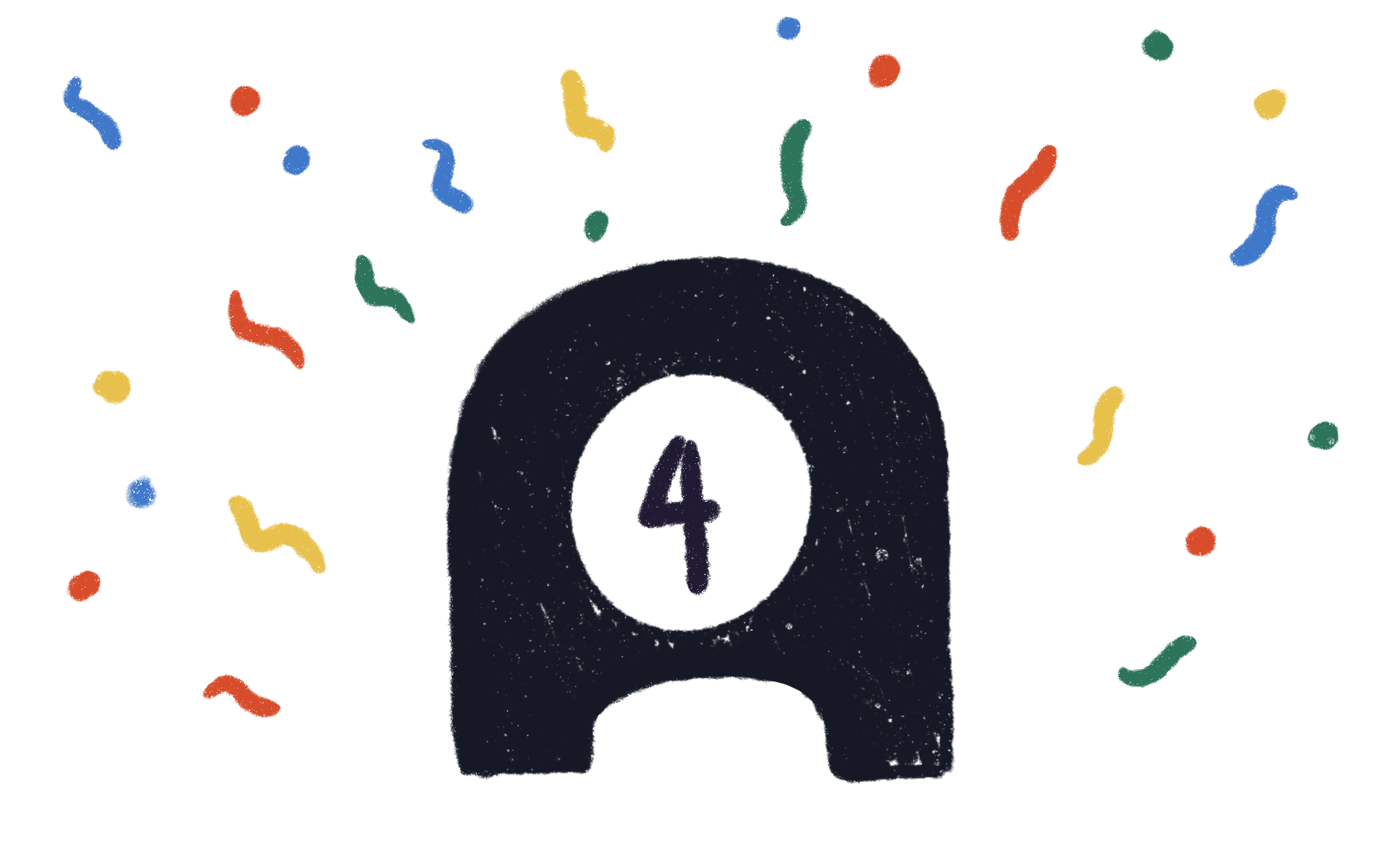 This month, I celebrated my 4 year anniversary of joining Ada, the technology company that I've spent nearly my entire career building. Of the current 350 employees and the 500 or so total employees we've ever had, you can count on one hand the number of people who have achieved this milestone, and this includes the 2 co-founders. It feels cliche and not entirely accurate to call my experiences at Ada a roller coaster ride, so I won't do that. A winding and rapid ascent: that's how I would describe my short career so far. 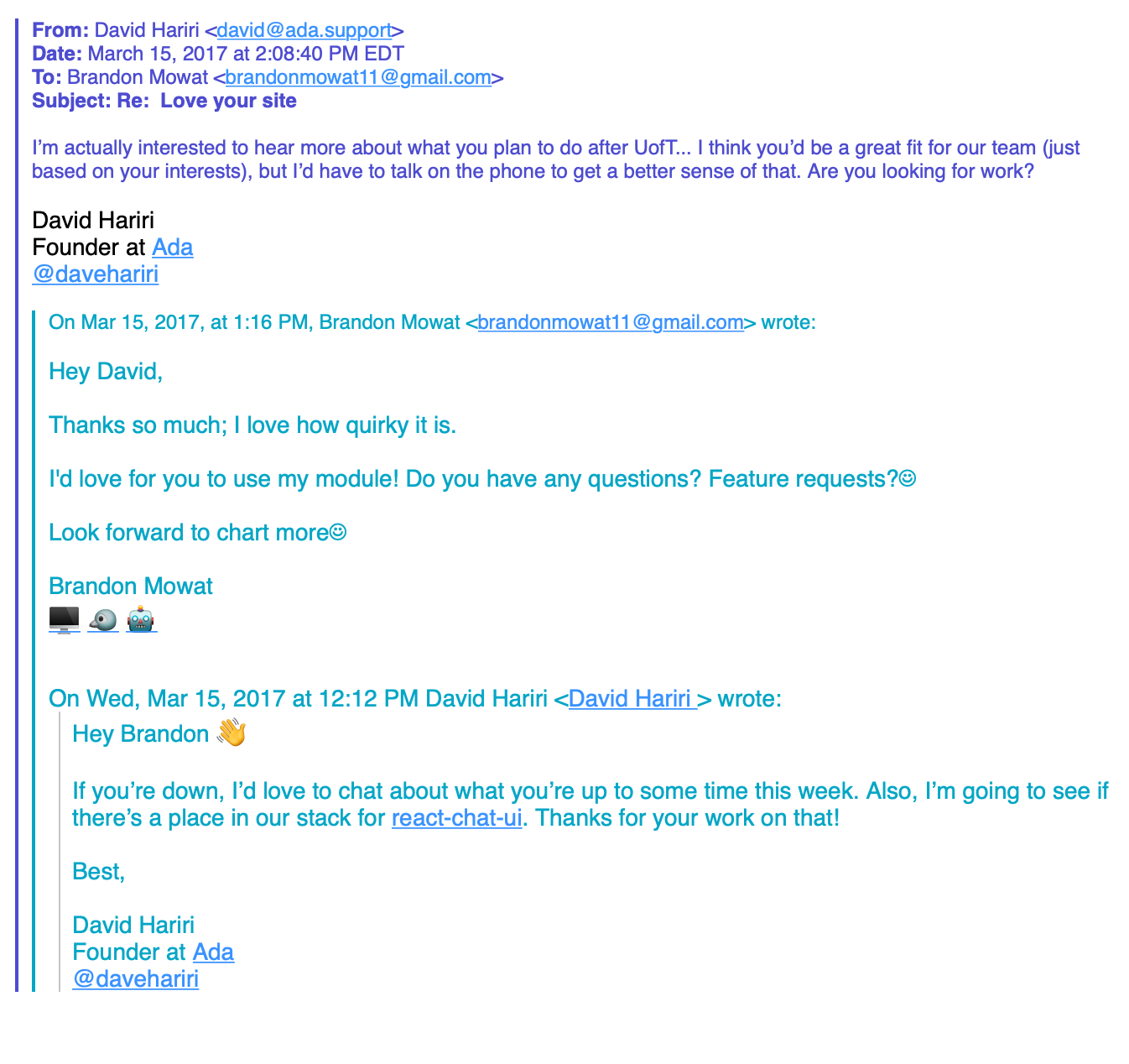 In March, 2017, David Hariri (one of Ada's founders) shot me a cold email to inquire what I was planning on doing after university. At the time, I had no idea who David was or had ever heard of Ada, but it was flattering to hear that he liked my website and that his team was considering using an open-source tool that I had built, for their own product. However, I was already committed to working as a summer intern at Drop, another small tech firm in Toronto. David and I stayed in touch and on September 11th, 2017, I became Ada's 15th employee and their 5th full-time engineer.

From 2017-2019, my role was as an engineer, responsible for building Ada's product. Specifically, I spent most of my time building out our dashboard product where our customers train their bots, create new content, and look into insights for their bot. While I spend most of my days managing a team of engineers now, much of my code remains functioning in the dashboard, most notably the block drag and drop system for creating answers to questions as well as the copy+paste feature. Since transitioning into management, my team has worked on much more complicated and challenging products, still within the dashboard which I'm responsible for to this day. Some notable features that our team has built include: Conversation Filtering (allows people to search through all message contents), Versioning (a feature that versions all content for a bot), and Sensitive Variables (a feature that allows Ada to safely and securely capture customer information for a limited time). As proud as I am of the things that I built myself while at Ada, the things I'm most proud of are the things that I've gotten to witness my teammates build and to help guide them along the way. 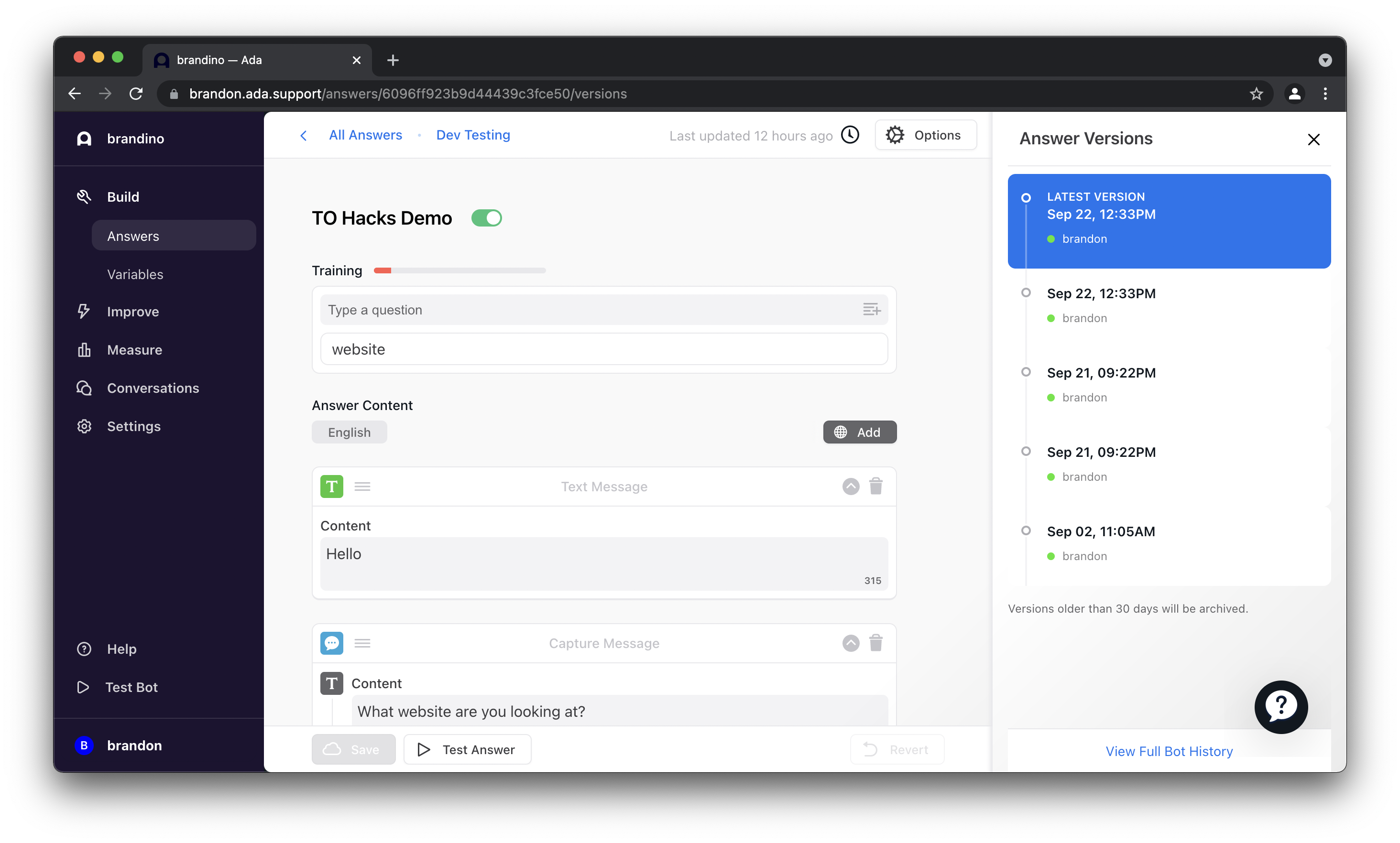 If you've never worked at a startup, I'll let you in on a few notes:

Having the opportunity to work so closely with such smart, hard-working individuals, as well as have the autonomy and ownership of your work, is something that I don't think you can get in many other environments, except working at a startup. It's this environment in which an individuals career can be accelerated much faster than ones' peers, however, this success not guaranteed – less than 20% of startups survive long enough to raise a Series C. The experiences, knowledge, and skills that one acquires throughout the growth and success of an organization cannot be taught. An analogy I like to use is swimming; you can read about it all you want but you can't call yourself a swimmer until you've actually done it. Like swimming, experiencing the ebbs and flows of success and failure, scaling teams from 10 to 50 to 100 and beyond, is is an accolade that is acquired through doing. 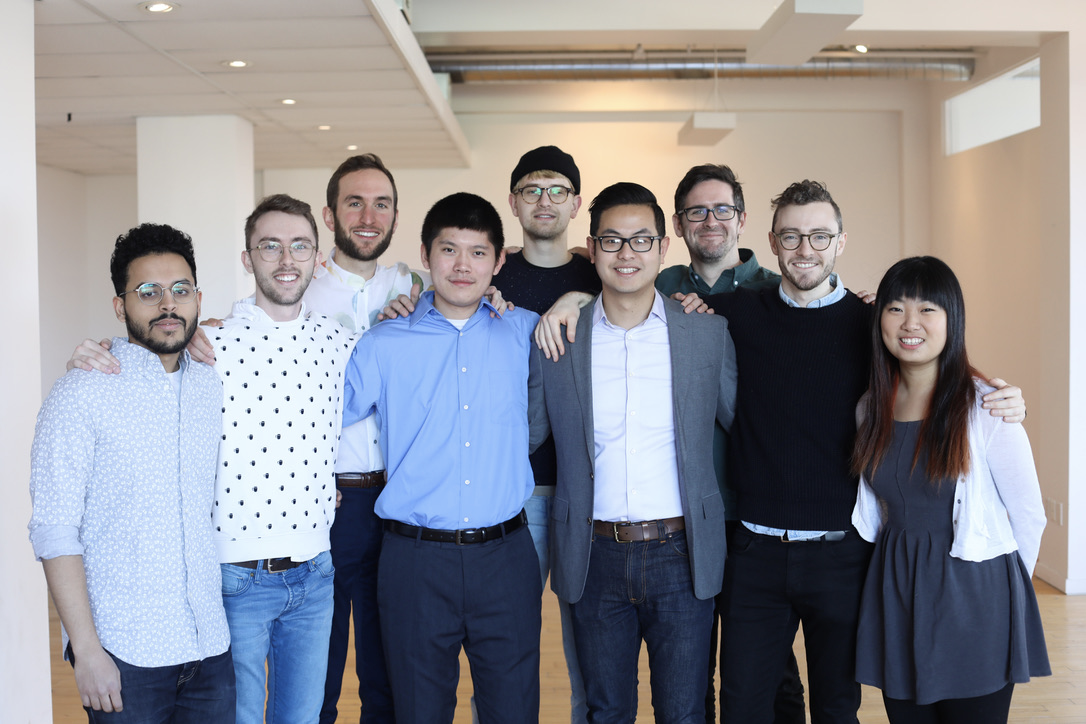 Joining a startup is not for the faint of heart though — it comes with much uncertainty, some late nights, and heartbreak. At the size and age Ada was back in 2017/2018, we were still trying to find product market fit or at least attempting to break through as a market leader. We didn't have a comprehensive roadmap because we didn't have anyone solely dedicated to figuring out what to build to guarantee success. We had a vision for the product, which was articulated well by Mike and David, and we built both things that fit that vision as well as features that would help fuel our growth, financially.

As consistently positive as my time at Ada has been thus far, March through May of 2020 were some of the hardest months in my time at the company. We were still in the early days of transitioning to remote and were adjusting relatively well. Amidst all of the economic uncertainty, Ada made the decision to cut costs by laying off 30% of our team. What no one teaches you before joining a young, small team are the dangers of mixing work and friends, too much. Layoffs happen; they're a part of life, but when the lines between friends and colleagues get too blurred, a layoff can take an incredible toll on the organization and those who's lines have almost disappeared completely. For myself, the layoffs in the Spring of 2020 were devastating. Not only did Ada have to continue to operate and perform with a reduced staff, but many of what I thought to be my closest relationships, dissolved overnight.

The dichotomy between layoffs and Ada's subsequent prosperity throughout the 2020 and 2021 was jarring. Zoom wasn't supposed to be our largest customer, but as the rest of the world moved out of their offices and into their homes, Zoom became a household name and Ada was supposed to be right alongside them. We underwent the incredible challenge of scaling and optimizing our technology to be used by Billions, all while having less resources to throw at the problem and a ruptured culture. At one point, Ada could barely support 1% of Zooms customer-base.

In the end, Ada not only survived, but ended up having an incredibly successful year and we went on to raise a considerable Series C. We became one of Canada's very few billion dollar tech companies and have tripled our headcount over the past 2 years.

Why have I stayed while others have come and gone? I think my tenure at Ada has lasted longer than others for a few reasons, one of which is my own personal ownership. More importantly though, the experience of helping take the company from 15 people to a public company is something that I am fixated on. Lastly, the way the organization operates is a very healthy and empowering place for me to grow. It's a place where I can identify a problem and have the autonomy to go about fixing it with little red tape to stop me, and I believe this applies to anyone in the organization, not just the early employees.

To succeed in this industry requires you to be okay with trying new things and having them fail. Ada's successes are, in part, due to a few things that I think we do very well. We don't point fingers when shit hits the fan and we rally around finding solutions. We experiment and are okay with trying new things and encourage people to exercise creativity and solve problems. And finally, we have a culture of lifting each other up and building our culture through community. Through uplifting culture, experimentation, and shared ownership, we've been able to cement ourselves as one of the most successful Canadian startups. I'm so grateful to be a part of this incredible journey and am so excited for what lies ahead.